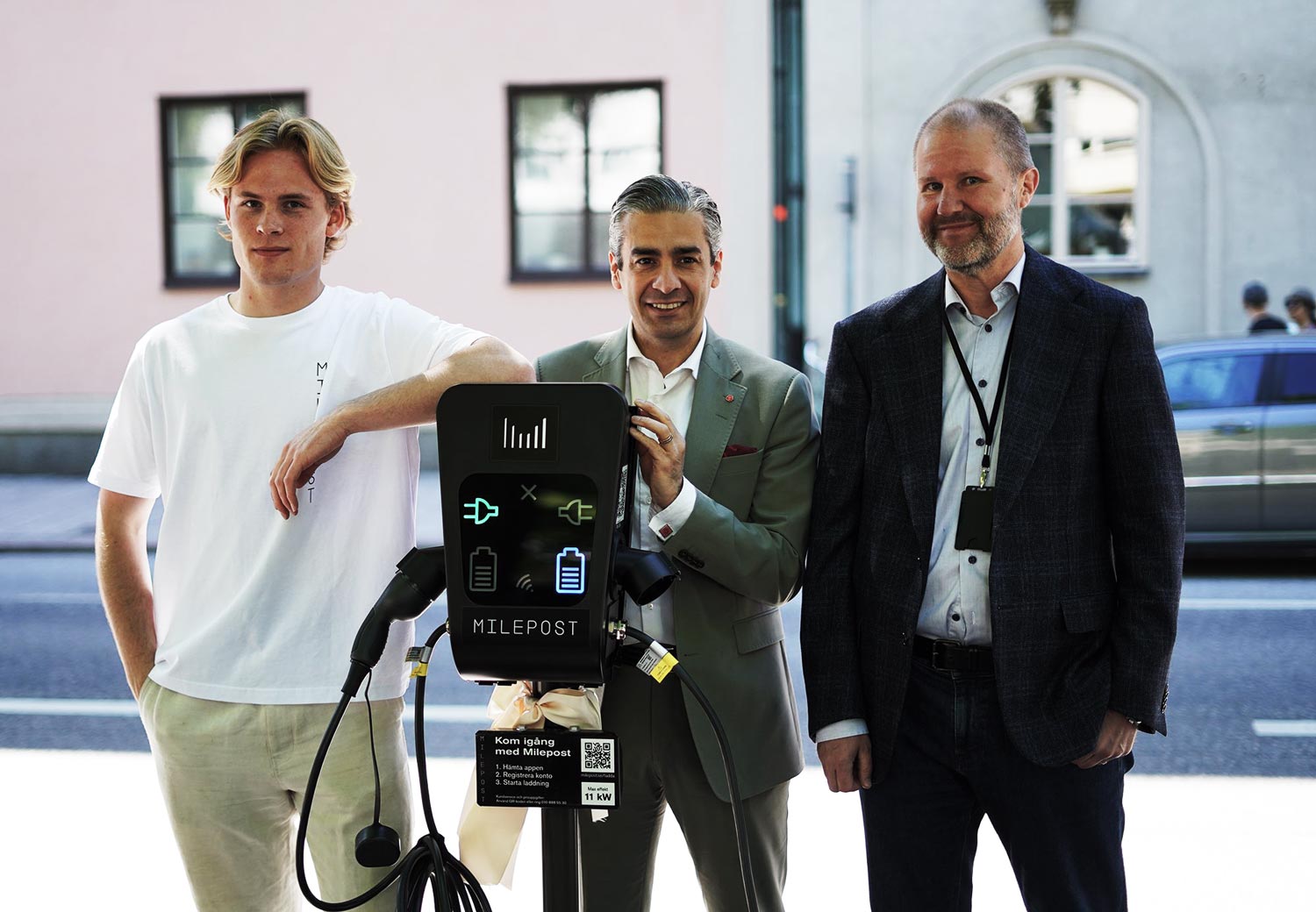 Milepost is installing 200 CHARGESTORM CONNECTED 2 (CC2) electric vehicle (EV) chargers on Valhallavägen in the Östermalm district of Stockholm, with a charging point for every parking space on the street.

The whole project is due to be completed within just three months and, speaking at the launch of the first 60 chargers, Swedish Minister of Energy and Digitalisation, Khashayar Farmanbar, praised the installation, saying: “Charging Street on Valhallavägen shows that it’s possible to build charging infrastructure faster and on a larger scale than before. I believe that this approach can inspire more projects in Sweden."

Cecilia talked about the importance of collaboration to make the charging infrastructure more accessible to electric car owners in Sweden.

Milestone CEO Jörgen Lantto said: ”This is an important step in enabling people living in cities to have an electric car. It should be as easy to have an electric car tomorrow as it is to have a fossil car today. Together with our partners in business and the public sector, we want to help Sweden's municipalities achieve their often ambitious goals for EV infrastructure..”

Click here to see some great footage from the day.