Case Study: Driving towards the future with electric motorcycles 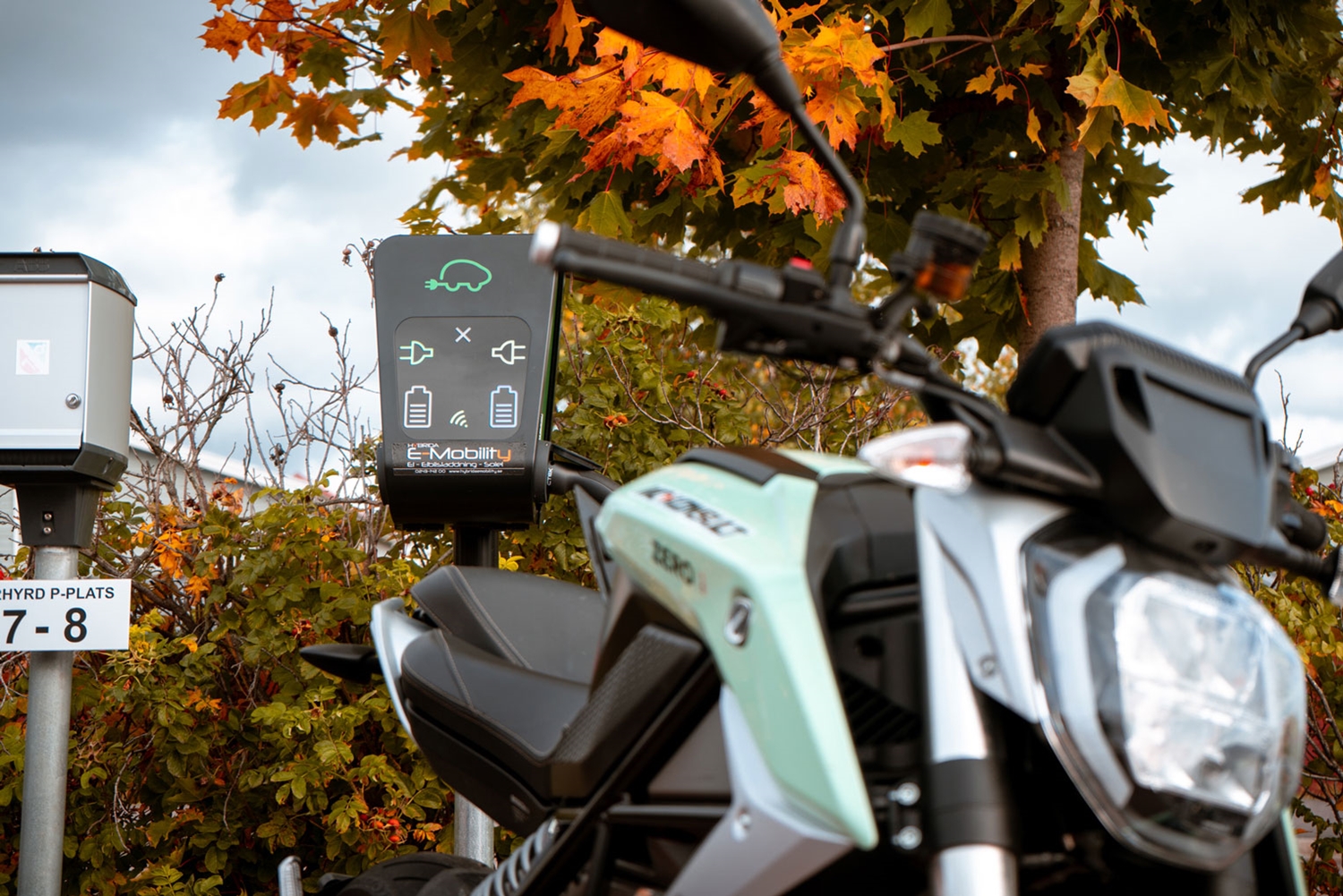 Case study | EVSE | Driving towards the future with electric motorcycles

The Swedish Motorcycle Association (SMC), is a non-profit organization with regional boards and organizations in all 21 counties of Sweden. SMC has gained national consultation status in matters of road safety and all other topics concerning motorcycles. Since its launch in 1963, the SMA has continuously evolved to keep pace with changes in the industry and to anticipate future developments, co-operating with many organizations, insurance companies and public authorities.

The SMC has naturally been following the development of Electrical Motorcycles and is certain that the future of the Electrical Motorcycle is one of rapid growth. With this in mind, they wanted to install Electrical Vehicle (EV) charging infrastructure around their headquarters in Borlänge, Sweden that could be used by cars and also of course, motorcycles!

The SMC has also recently started a project called “Vision Electric”,  launched to study rider’s opinions about Electric Motorcycles. It involved a roadshow with 40 different locations, where riders could try out an Electric Motorcycle, and  give their feedback. The overall vision of the project was to understand how Electric Motorcycling will develop in the future

Jesper Christiansen, general secretary of the Swedish motorcycle Association said, “We are certain that the development of small electric motorcycles will rocket - it will happen very quickly. We are really excited about the future for large electric motorcycles as well, although we need an extensive charging infrastructure for it to happen.”

Working with CTEK, the SMC opted to install 20 CTEK Chargestorm Connected 2 EV Chargers. The SMC is taking several steps to decrease their environmental footprint and, as well as the EV charge points, they are also installing solar panels on the roof.

Jesper Christiansen said: “We could not have done it without CTEK’s technology, CTEK has an electric vehicle (EV) charger called Chargestorm Connected 2 (CC2), we chose it because it fulfills all of our requirements not just for now but into the future. It is a tried and tested solution that is reliable, easy to use and manage as well as being able to handle even the toughest winter conditions.

To make sure that the Electrical Motorcycles were charged and ready for the roadshow, the SMC chose the fully portable CTEK NJORD GO EV charger with them. The NJORD GO is a portable 11kW, 3-phase EV charger that can be connected to a CEE socket  for fast, reliable EV charging at home, the office, or when you’re on the move. It can also be used with the CTEK App, for complete charging control and monitoring via your mobile phone.

Jesper Christiansen concludes, “I would say the NJORD GO is a must-have if you have an Electric Motorcycle, it was our saviour when we were riding out in unknown charging territory. If you have a product like the NJORD GO, you can always get power, no matter where you are. It really is something that should be supplied with all electric motorcycles.”

Jesper also explained that the ‘Vision Electric’ project was a great success, with politicians and law makers also trying out the electric motorcycles alongside their own members. They covered the whole spectrum, and the response was overwhelmingly positive, with a great deal of enthusiasm for the future of the Electrical Motorcycle.